We wanted to create an unprecedented space that embodied the freedom paradigm of work + lifestyle.

An international headquarters, where people from diverse walks of life could unite and be inspired: by ideas, by the atmosphere, and by each other.

A place where revolutionary innovations could be spearheaded and trailblazers could flourish.

A place where dreamers and truth-seekers could recover from the life they no longer believed in, and create something soul-affirming for themselves.

We started by finding land with a quintessential Bali view: rice fields, a volcano, and an afternoon glow that splashes your face with equatorial warmth. Then we gathered re-purposed bamboo and worked alongside craftsmen to create an intimate structure that balances play, productivity, and learning. We found the best local coffee and treats to serve our hard-working members, then added ergonomic office chairs and some bean bags to boot.

It was our dream to build a spirited haven of revolutionary lifestyle, help diversify the tourism-heavy economy, and create opportunities where Balinese and the international community could engage with one another. Through hard work and dedication, Hubud was created: an epicenter of big ideas in a charming + enchanting village.

When our 10,000+ visitors have graced our “Hub-in-Ubud” they walk into a space that’s been built with a foundation of strong values. 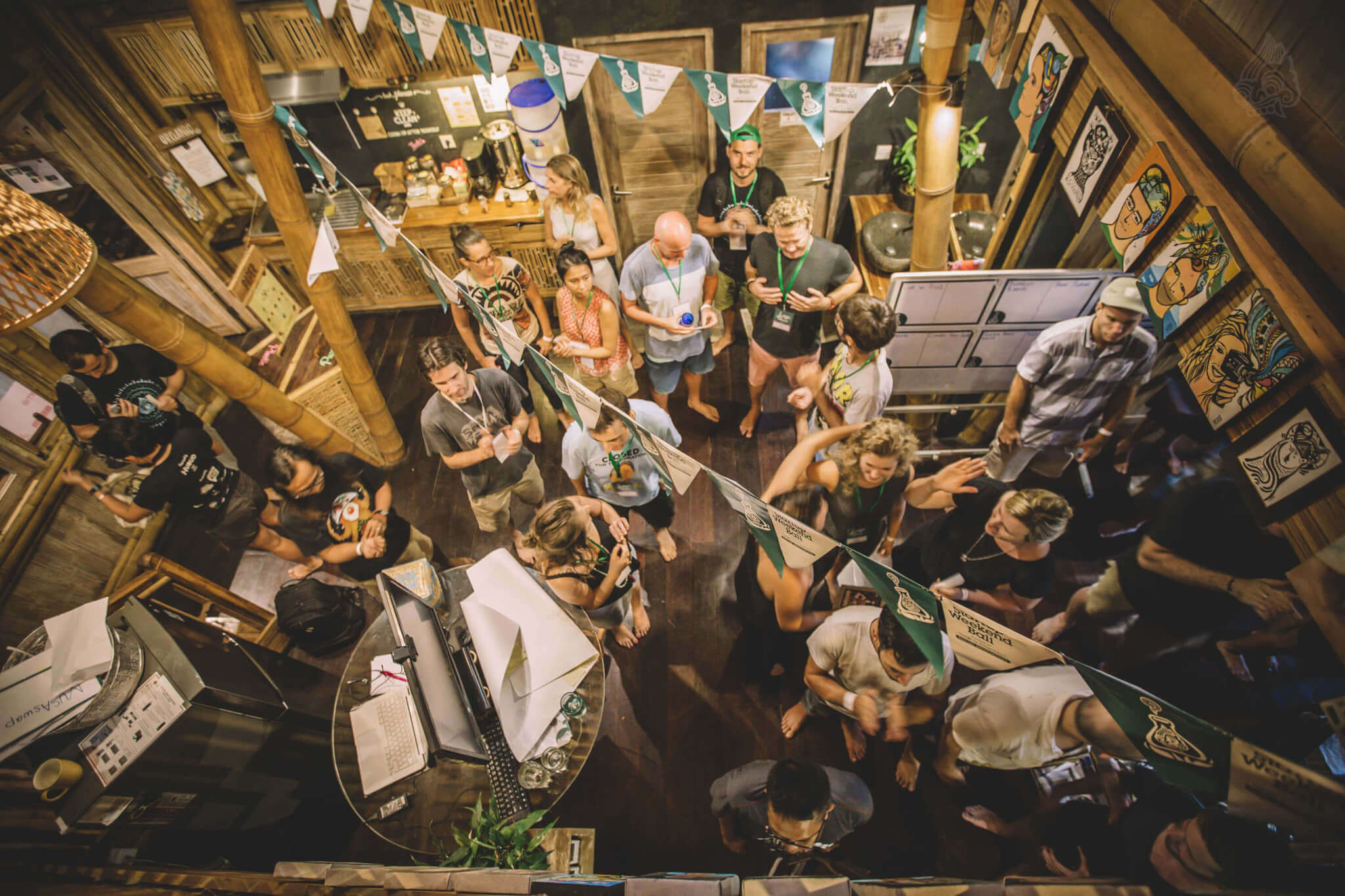 The value of community

Hubud is a place where unlikely friendships and life-altering connections are made. People thrive here because they gain what they had lacked in the worlds they came from: a diverse communityof people who sincerely care for one another, and have a stake in each other’s success. The value of connectivity

Hubud has created an intentional space where people can feel connected to something bigger than themselves… whether that’s a big idea, a community, nature, or a universal force. We’re all about creating opportunities for people to be their best selves, which spills out into the world through their inspired contributions. 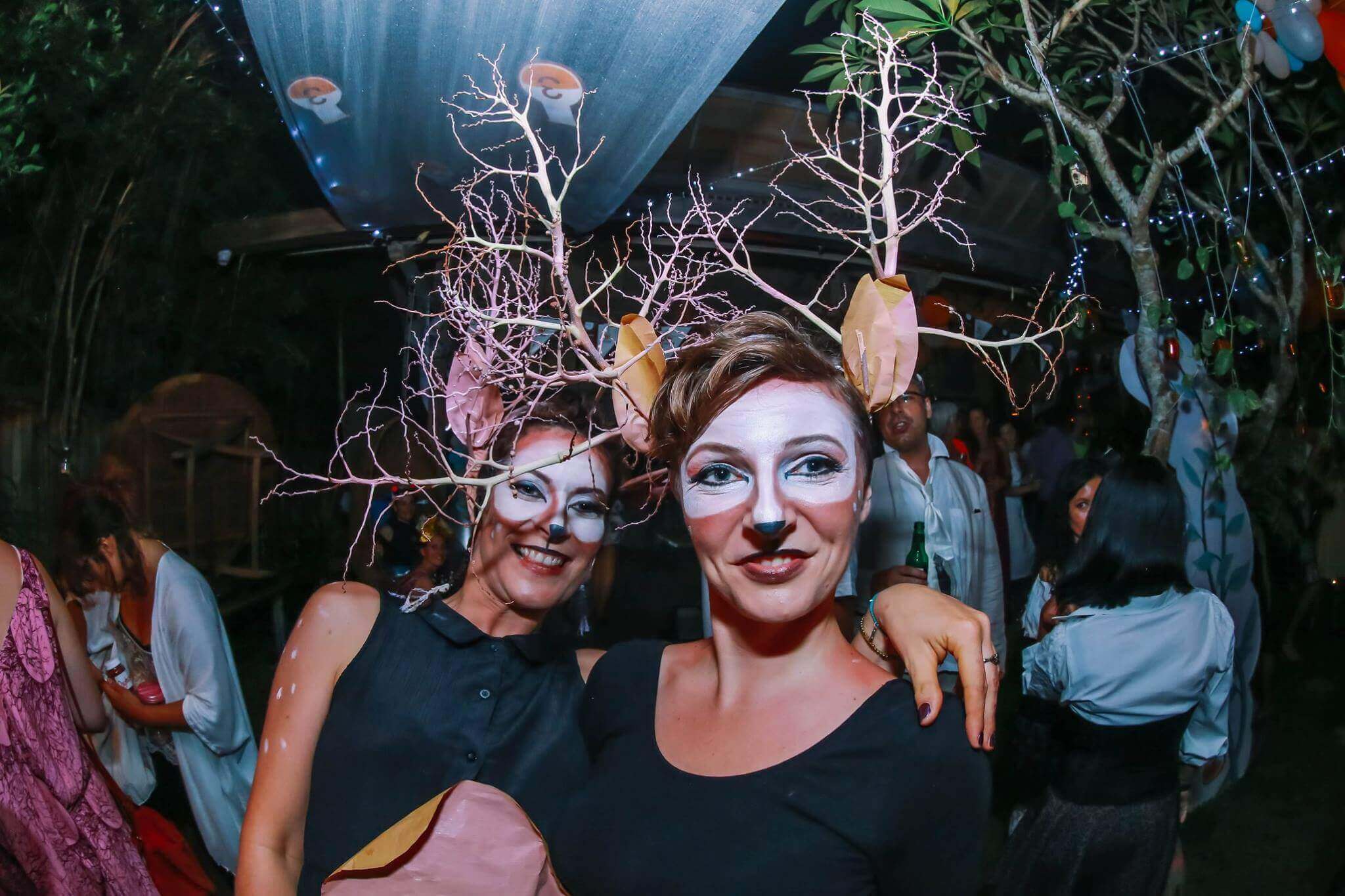 The value of creativity

The creative force + genius of humanity is what will help us all thrive sustainably and joyfully. Our members are often working on products + programs that require deep + dynamic creative inspiration; Hubud provides a place for those creations to be breathed into life. 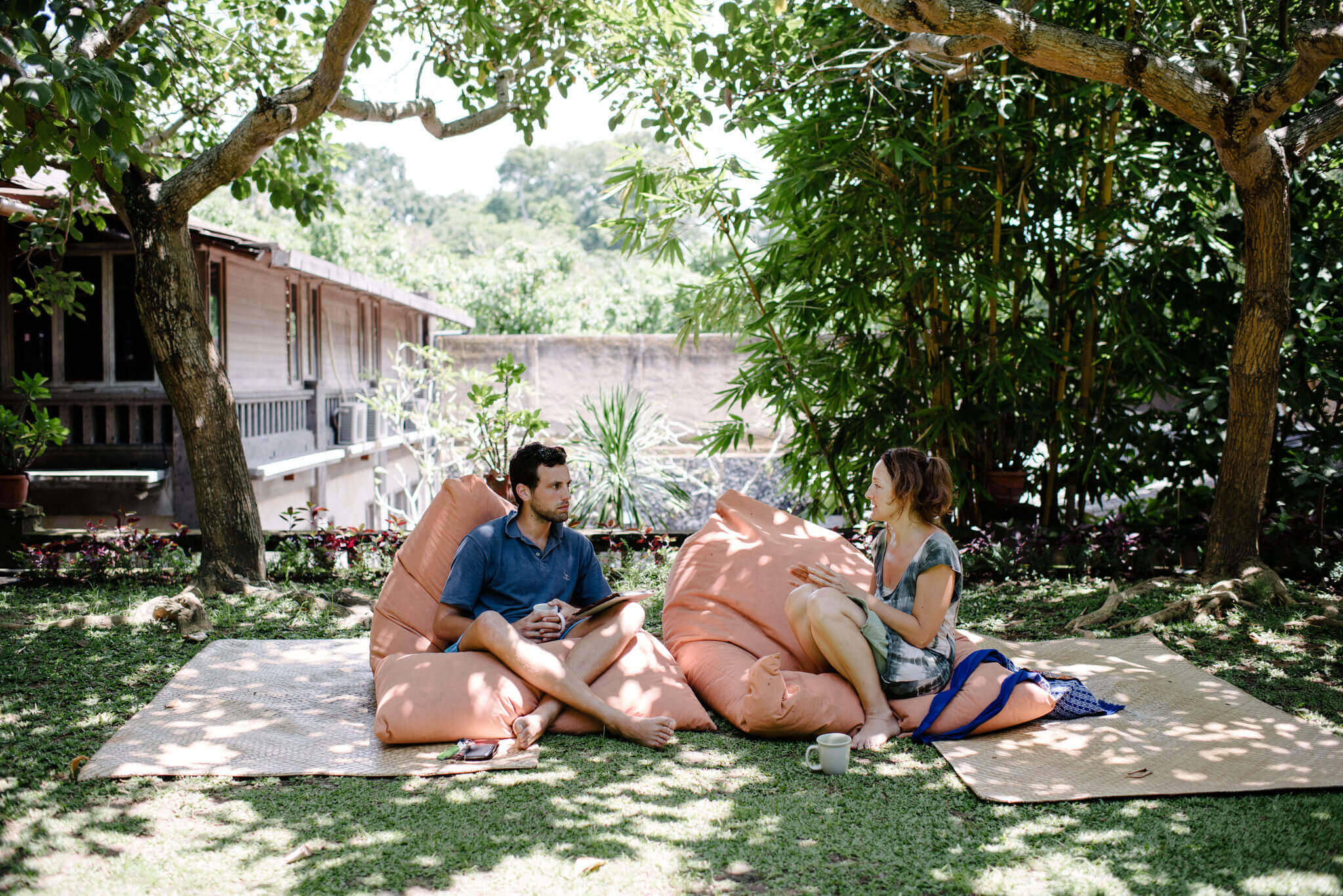 The value of connectivity

Hubud has created an intentional space where people can feel connected to something bigger than themselves… whether that’s a big idea, a community, nature, or a universal force. We’re all about creating opportunities for people to be their best selves, which spills out into the world through their inspired contributions.

Hubud was founded by  Steve Munroe, Peter Wall, and John Alderson. Their three families met at the Green School here in Bali, and they all noticed the same thing: the island was full of mavericks and corporate escapees that had come to explore a new way of living. They thought, what would happen if you put all these risk-taking, downshifting, curious creatives in the same space? What would they do to change the systems they no longer believed in?

The conversations picked up speed. They organized a pop-up prototype coworking space and held community events for a year before Hubud opened its doors in March 2013, with all kinds of support from their partners as, with all projects of passion, it inevitably became a family affair. Together they doubled down on a dream.

Like all good nomads, John, and Peter a few years later, have headed off.   John and Sarah are now in California, while Peter and Janet are Ottawa, Canada.  These days Steve is focusing on Hubud’s overall growth and the expansion of the Coworking Alliance for Asia Pacific (CAAP), while Renee and the team work hard to maintain the magic that is the Hubud Community and to support the location independence movement worldwide.

Bali’s sheer ineffable beauty astounds visitors all year round, many of whom decide to make it their temporary (and sometimes permanent) home. Spangled with temples and gorgeous scenery, it also possesses its own character of grit + contrast. Motorbiking through the streets of Ubud for the first time is a confetti of sensory experiences, ripe with the smells of incense, burning trash, and frangipanis—glowing with the sight of ceremonial dress, and ringing with the clatter of Gamelan. Bali is one of the most spectacular riots of loveliness in the entire world, and it’s a place we aim to commune with—and be in service to—as we make it our home.

For members of Hubud who have digital nomad, entrepreneurial, and startup ambitions, “Silicon Bali” can be an incredible place to run your business. On the flip side, if you’re into yoga, adventure sports, and green juice—well, this is the place for you. Yes, all the rumors are true: Bali really is a paradise of sorts, but it’s not without its own flaws. We created an ebook for curious folks who want the inside scoop on what it’s really like to live here—without the Hollywood lens.

Get our “Moving to Ubud Guide”.